Brown Hares are one of my favourite animals to watch and photograph. Just a few minutes from home the fields are a playground for the hares at dawn and dusk. In February and March up to 10-20 hares can be seen in a single field, running boxing and feeding. Many young ones can be found in the summer months often appearing to be alone but in the distance there is often another hare watching over them. This year I was very fortunate by chance to come across a mother feeding her two young ones. The leverets would come out at exactly the same time every night about 30 minutes  before the mother appeared. As the time came close to her appearance they became a little agitated and would cuddle up together until she suddenly appeared and all was well again. 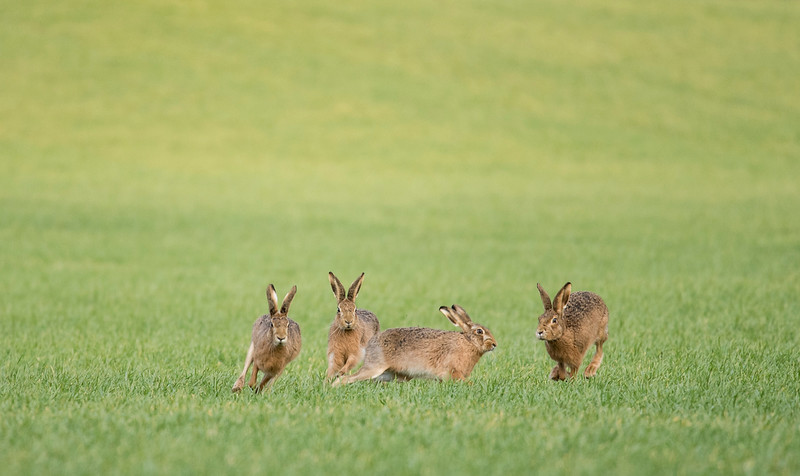